​This model is from a Billings kit which went out of production some 10 years ago.  Billings do good kits of the smaller model with particularly good fittings.
As some of you will know I tried for some time to get either a kit or the plans without success.  I tried the internet - USA + Poland + Australia.  Finally as a last throw of the dice I placed an advert in Model Boats magazine.  Nothing happened for a bit then I got a call from France, then another from Birmingham, both had plans. But before I could make a decision I got another call from someone who had an untouched kit. We agreed a price when he said I'll bring it round yo you. Well my flaber has never been so gasted he lived in Billericay (approx 5 miles away) and duly brought the box of goodies around.
Pic 1 : The box.
Pic 2 - 3-4-5-6- The build commences.
​ 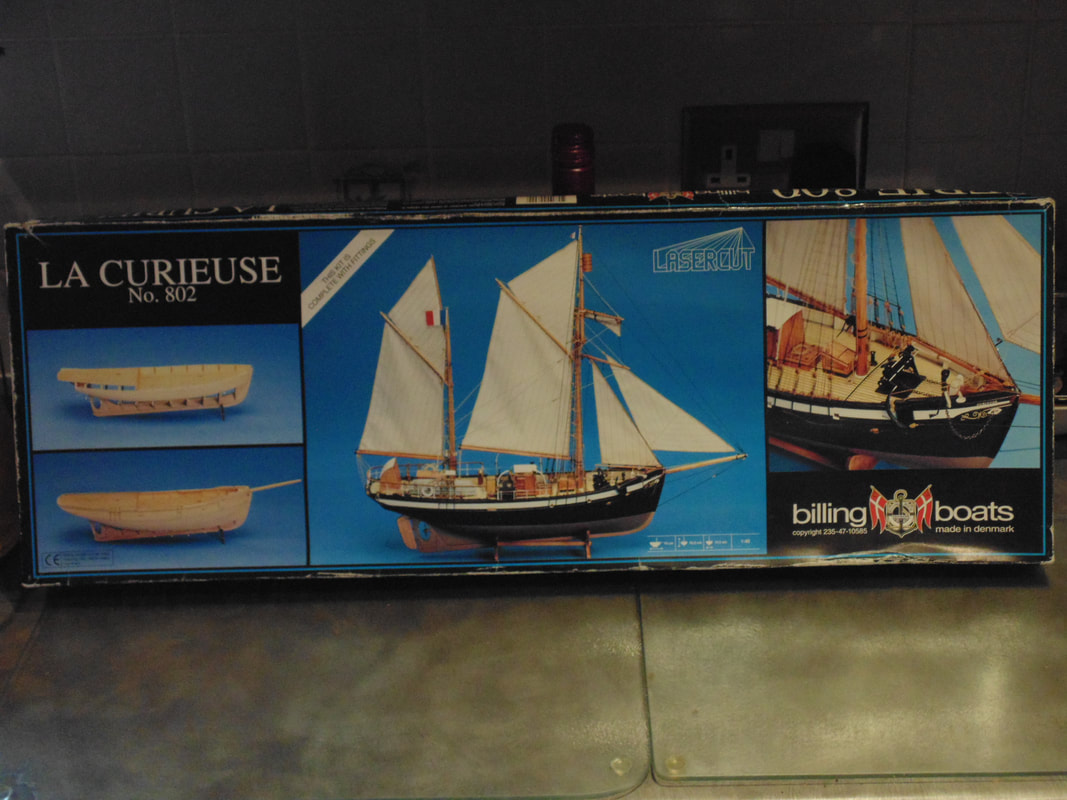 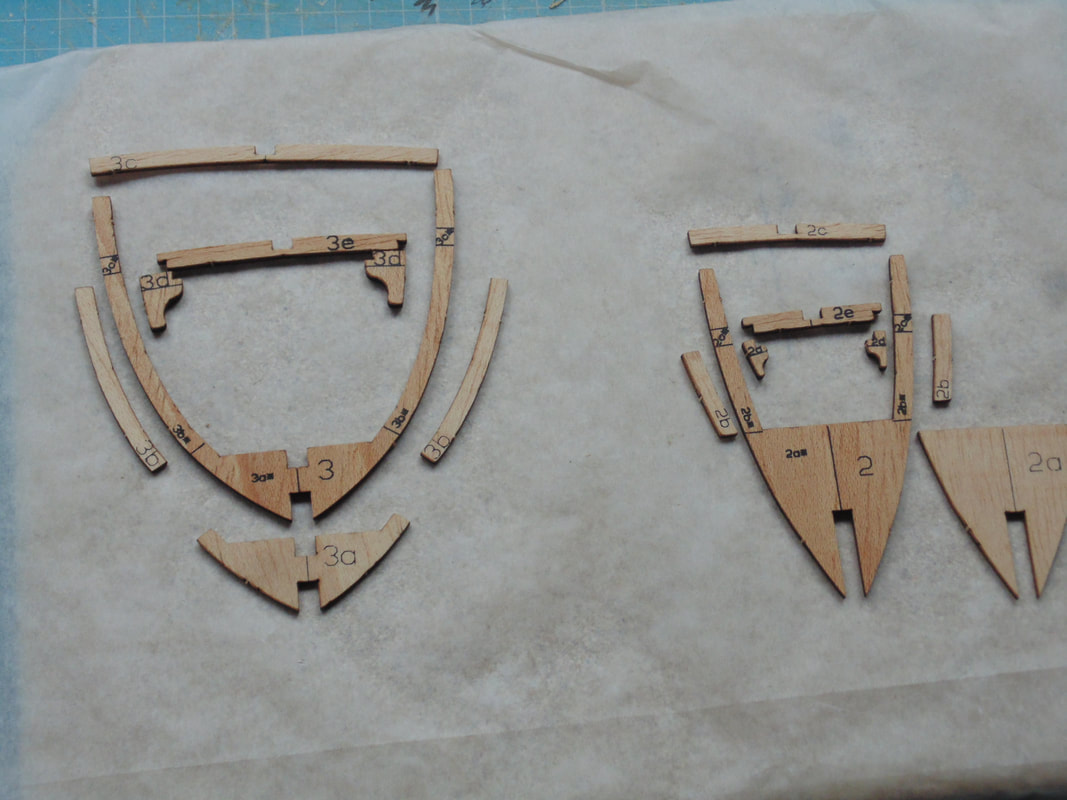 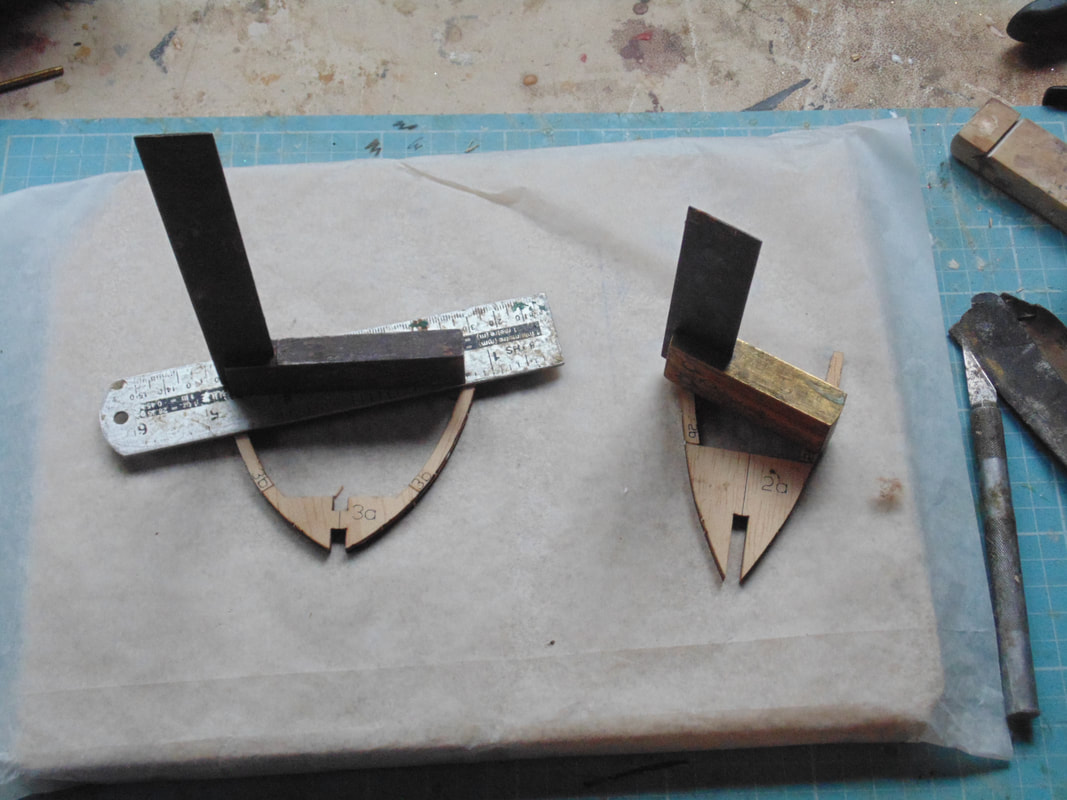 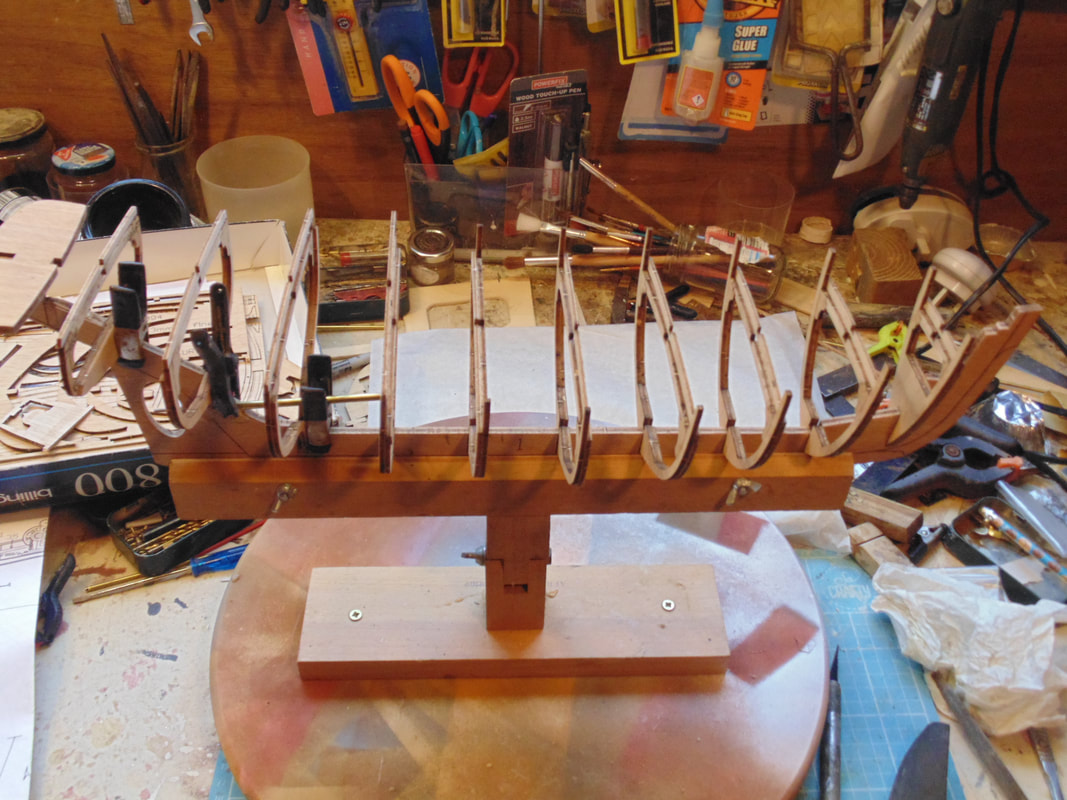 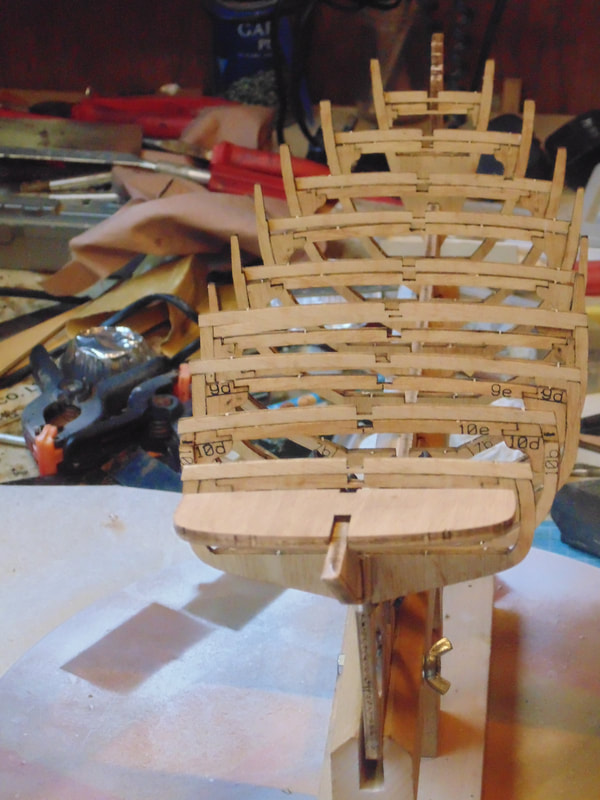 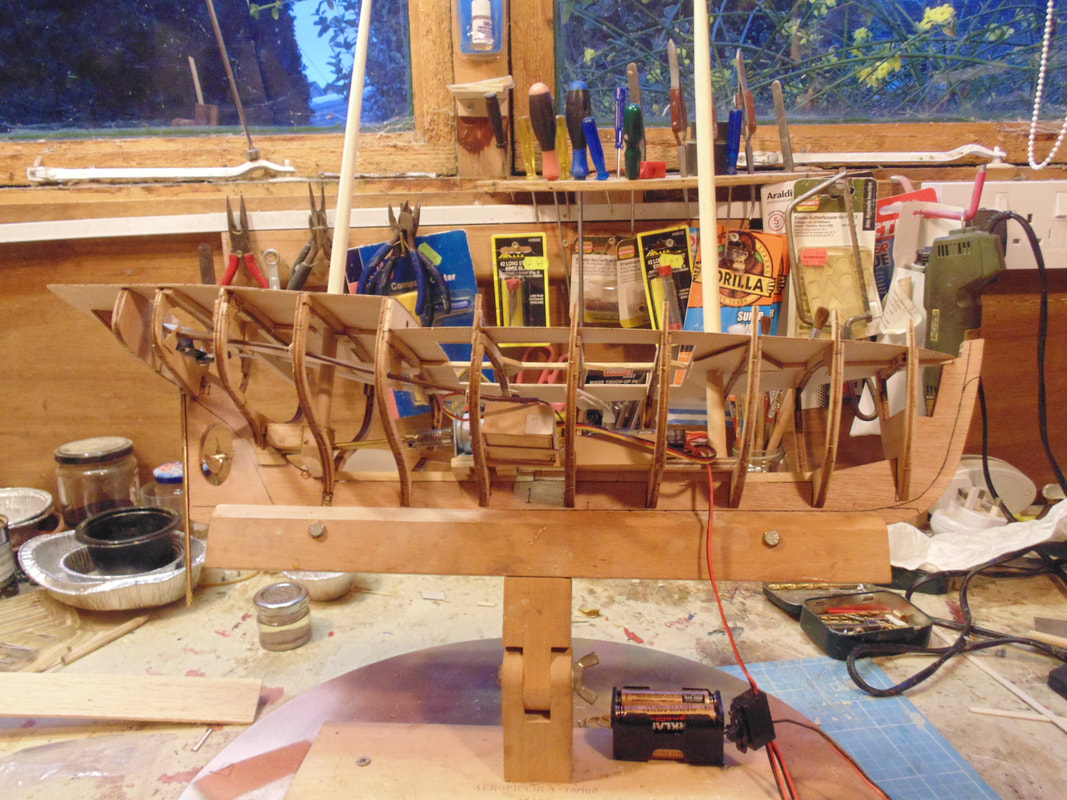